MAXIMIZE your INCOME and IMPACT.

Innovation is the name of the game... 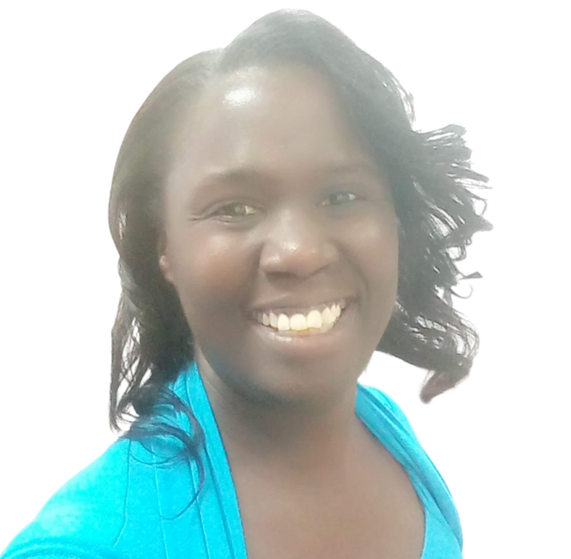 One minute, I am walking with my 4-year-old son to the kitchen to give him some cinnamon and honey for his cough, and then next I am standing next to the water closet, utterly drenched and frantically yelling out my husband's name.

By the way, this was the very same day that I had had an 'exciting' highway adventure that I wrote about in my other blog post. You can check it out here.

It was a tough week! I spent the first part of it at the children's hospital with my son JJ who had a nasty bug (no, not the rona) that was giving him a really stubborn fever and causing him to have loose stool and throw up. We were thrilled to get back home from the hospital that week on Wednesday, but the bug left him with a chesty cough and a TON of snot. I mean, it's hard to believe how such a small body can generate SO MUCH snot, right! Anyway, JJ had just had his bath, read his bedtime books, and was off to bed, (Bath, Books, Bed - we should patent that nightly routine) but had asked for some cinnamon and honey to help with the cough. By the way, the remedy helps. Sana! (A lot) - Apparently, you can also come to learn some Swahili here on my blog. Well, at least a word or two. Alas, I digress.

So, on the way to the kitchen, I notice that one of my cats' litter boxes is swamped. We normally place two litter boxes in the bathroom, one on either side of the WC, and right against the wall. So the one on the side underneath the pipe that feeds the cistern with water had become a fishing zone because the pipe above it was leaking. I ask JJ to go on into the kitchen and wait for me and move the litter box out of the way of the leak (lamenting the loss) and go to get a small bucket to place there in its stead. I head back with the small bucket, place it next to the wall where the leak is and inspect the leak with my eyes. I should have left it at that.

At this point, JJ is in the kitchen with the Nanny, James, my hubby is pottering around the house putting down the mosquito nets and getting ready to wind down after a long week and JJ's 1.5-year-old sister is asleep in her cot.

So, after I check out the leak (with my eyes - as I said, I should have left it at that), I try to think of a way through which I can see where it is coming from so that we can perhaps stem the leak partly before we call someone in to fix it the next day. I lightly touch the pipe and, I kid you not, in seconds I was drenched. Rust had eaten straight through the bolt and the pipe and bolt were no longer one thing, and the water that would normally go through the pipe into the cistern started gushing out through the wall.

The water poured out at an alarming level and I was soon frantically calling out to James to come help me out. Let me just say some profanities were spewed. So there we were, trying to stem a powerful gush, both looking like a chicken that had been caught out in the rain. In the meantime, JJ finished his concoction and was standing outside the bathroom asking what was happening, super excited by all the action. Well, that made one of us.

"We need to close the valve that brings water into the house!" I shout to James hysterically and he agrees. But then I remember something that makes me almost cry. There was one big problem with the most logical and quickest solution that we had arrived at. In my mind, I reprimanded the person who had designed and set out the piping in the house because guess what, ladies and gentlemen? The valve had very cleverly been in the ceiling next to the tank. I mean, who does that?

So, we needed to find a way to:

And JJ was still waiting to be put to bed by the way. He is a routine guy and wouldn’t have it any other way.

I left James struggling with the gush and ran to the pantry to try and find a pipe that we could use to redirect the flow. We didn't have anything that could do the job. On my way to one of the bedrooms to see if I could find anything that we could use, I saw that the washing machine pipe that feeds it with water could do the trick. So, I quickly turned off the water valve by the machine, unscrewed the pipe from the wall and from the machine, and ran back to try and redirect the water with it.

It worked, for most of the water anyway. With James holding the pipe in place, I ran to the living room, grabbed my phone and called the security guys in the compound to come and climb in the ceiling and turn off the valve for us. They said they would come as quickly as they could. I wring out the water from my dress and take JJ to bed. James and the nanny are busy mopping up the floor and I join them. We continue for 20 minutes, mopping up as much of the water as we could, but still no help had arrived. Thankfully, all the commotion doesn't wake up my little girl. The water is still leaking quite a bit despite our innovation. And James’ back and hands are beginning to hurt from all the mopping.

So, I think of plan B as the guys we called to turn the valve off still had not come. We don't have a ladder by the way. Maybe we should get one. I build a small furniture tower, thanking the heavens that we don't have one of those tall ceilings. I pile up a coffee table, two dining chairs, crank up the adjustable piano stool to its full height and add it to the tower. I carefully climb up and remove the ceiling cover. But that was all I could do. My tower wasn't tall enough for me to climb up into the ceiling. I would have to reach up, grab two sides of the entryway and pull myself up. That was definitely not going to happen. You need to understand something. I gained a few kilos postpartum. Well, not a few. A lot. Chapatis are my downfall. (Who's with me?) So, um, as much as I would have loved to show off my *cough* muscles *ahem*, I'm sure my extra kilos would have won that arm wrestling round. So, what's a girl to do? I add a plastic stool on top, get a torch and call the nanny to hold me steady and go up.

Before climbing into the ceiling, I had turned on the torch and placed it on the ceiling boards. I stay on all fours, pick up the torch and shine it around looking for the valve. I see it, about seven metres away. I crawl on the beams towards it. At some point, I can't crawl anymore. I say a prayer and stand up and edge slowly towards the valve. I get to it, heave a huge sigh, turn it off and hear James sigh as well. Mission accomplished.

Now to get down.

I retrace my steps carefully and manage to get back to the entryway unharmed. I sit down at the edge of the opening and climb back down backward. Safely. Phew. I can't say I have done that before. I guess I can cross it off my bucket list. Wait, it wasn't even there.

I change from my drenched dress, check on the kids, find something to eat, and settle into the weekend. What an adventure and what a week!

Reflecting on that eventful day, here is a list of 5 things that I learned.

The guys we had called to help turn off the valve didn't show up for another 20 minutes after I had come down from the ceiling. I think it is safe to say that had we waited, a lot of damage would have been done to our parquet floor. We didn't have a ladder, but that didn't stop me from solving the problem. When you experience problems in your business, always think of new ways of solving them, especially when help is far away.

Can you imagine if instead of jumping into action, I would have just stayed staring at the wall and just crying (or something like that)? If you want to go far in your business and in your life, always focus on finding solutions rather than fixating on the problem.

3. IDEAS AND OPPORTUNITIES ARE ALL AROUND.

The washing machine was just sitting there and if I wasn't tuned in to looking for a certain kind of pipe, I doubt that I would have ever thought of using its water supply pipe to help stem the gushing stream. Ideas and opportunities are all around you in your business. You just need to open your eyes to see them. This is a mindset thing by the way. Tune your mind to seek opportunities and you will always find them.

4. CALCULATE YOUR RISKS. THEN GO FOR IT.

Climbing up to the ceiling and especially without a ladder was risky, yes. But something had to be done quickly to avoid loss and damage to our home. So I calculated my risks, asked for help, and went for it. If you are not willing to take calculated risks, then you run the greatest risk of all. The risk of running a mediocre business that does nothing for you but pay the bills. I'm sure that you want a thriving business, but you must be willing to take some calculated risks to grow your business.

5. PRIORITISE YOUR ACTIONS AND TACKLE THINGS ONE AT A TIME

Sometimes, so much is going on that I feel like I am trying to drink water through a firehose. It can get utterly overwhelming. In those times I take a deep breath and remind myself that it is better to do things one at a time and eat away at the work bit by bit, rather than get overwhelmed just thinking about what I need to do and get none of it done. There are things in your business that will be more urgent than others. Take care of those. But, set up systems so that the urgent doesn't end up replacing what's important. And then, take it one day at a time, one task at a time.

Hi and welcome to the Impact Driven Entrepreneurs Academy!

If you are an overwhelmed, small business owner who wishes for 72-hour days, and are ready to maximize your income and impact and to have more time to do the things that really matter, then you are in the right place.

We will help you to create business systems that smash the overwhelm and cause exponential growth in your business, giving you financial freedom and more time to do the things that you really love. 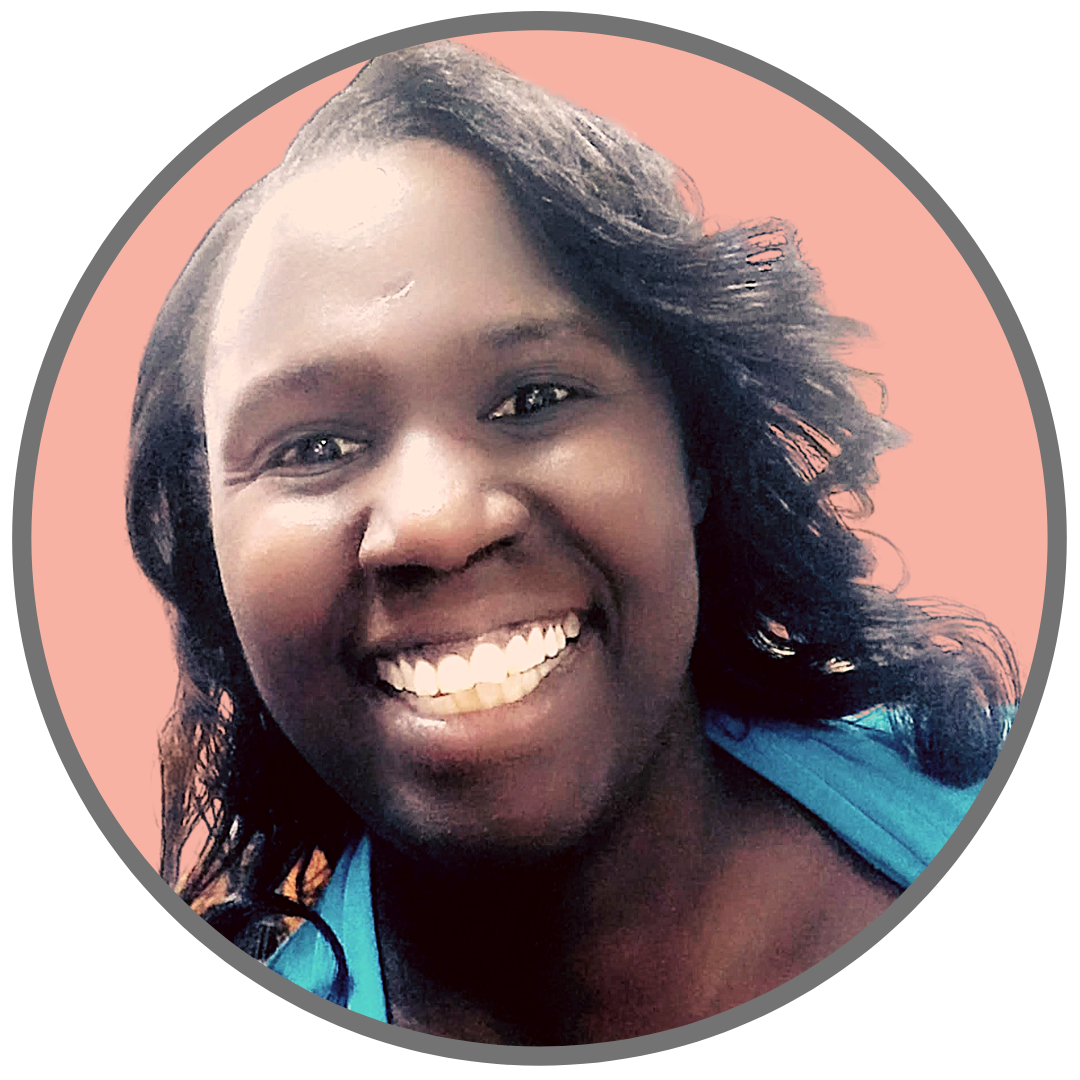 My name is Corrine and I have the distinct privilege of working with a great team at IDEA.

Together, we help small business owners build robust business systems that help them to have more time to do the important stuff and to spend less time stressing about the business side of things.

Join us on a journey of self-discovery and tremendous growth for you and for your business.